The political atmosphere between Russia and the European Union has been tensed recently. The Baltic Sea gas pipeline Nord Stream 2, which is currently under construction, is subject of political debate. The current situation leads to uncertainties regarding the future gas supply of Europe and especially Germany.

This raises the questions: Is gas a secure and stable source of energy for the future? Why? If Nordstream 2 is not completed, how could this be compensated? Would sanctions against Russia have an impact on gas prices in the EU?

These are all pertinent questions, the answers to which are also important for upcoming decisions on investments by the housing and real estate industry in new and existing buildings. Wohnungswirtschaft heute editor Kristof Warda in conversation with Yury Sentyurin, Secretary General of the GECF (Gas Exporting Countries Forum).

Mr. Yury Senyurin. In view of recent political developments: Is gas a secure and stable future energy source? Why?

It is likely that the recent political developments could put some hurdles on the execution of pipeline projects like Nord Stream 2, which is a competitive and reliable route for natural gas. However, we don’t think that the difficulties of one project means that gas is not secure and should not be considered as a viable option for Germany, or for Europe in general.

The gas industry has managed to substantially improve the security of supply, offering multitude possibilities to deal with disruptions and continuity of gas procurement. The major gas suppliers now have diversified LNG/pipelines portfolio which gives them the ability to deal with potential delays, leveraging on different routes. We think that a delay of one project can be easily managed by a major supplier through delivering gas using another route, such as LNG.

Nevertheless, the key aspect for Europe is to consider the appropriate supply source, taking into account competitiveness as well as the environmental footprint of the procured gas, since environment is a major concern for the continent. The GECF, as a gathering of major gas suppliers, is in a good position to deliver secure, competitive, and environmentally friendly supply of natural gas.

We strongly believe that natural gas should be at the heart of countries‘ economic recovery plans, especially in post-COVID era. To conclude, I would call for cooperation at international level to ease the geopolitical tensions and work together for the energy security.

This spirit of cooperation was aired at the recently held G20 Energy Ministerial Meeting (27-28 Sept.), which, while recognising the work of the GECF in its final Communiqué, called for “open, flexible, transparent, competitive, stable and reliable energy markets, as well as stable, predictable, necessary, fair, and non-discriminatory, regulatory frameworks in promoting market stability and investments.”

Given that the political situation heats up, the construction of Nordstream 2 will not be finished and Germany tries to do with less – or even without – Russian gas. How could that be compensated?

Germany is projected to remain the largest gas market in Europe through to 2050, peaking at around 100 billion cubic metres (bcm) in the latter half of the 2020s and then decline gradually to about 70 bcm by 2050 due to the aggressive build-up of renewables and energy intensity improvements. Nevertheless, given the decline in overall energy use in the country, natural gas position is expected to strengthen and this fuel will provide up to 27% of the energy mix in 2050.

The most substantial growth potential in gas demand will originate from government plans to phasing out coal and nuclear, which will shutter some 50 gigawatts of German dispatch-able generation capacity by 2038. While renewables will dominate new capacity additions, gas generation is set to play a role too. Compensating for the capacities taken off the grid, natural gas will ensure the back up for renewables over the outlook period. Thus, we expect, that gas demand in the power sector will start to decrease only after 2030.

At the same time, other sectoral prospects vary significantly. If gas demand in industry entails minor reductions, as this fuel is already the most low-carbon option where high-heating temperature is required, residential and commercial sector will see the highest drop. It will occur amid strong enhancement in the efficiency of gas-fired boilers, widespread electrification, including the expansion of electric heat pumps, and the development of decentralised renewable heating systems.

Nord Stream 2 pipeline project started many years ago with commercial and political support from the EU authorities and businesses. It is pertinent to mention that five European companies from various countries – ENGIE, OMV, Shell, Uniper, and Wintershall Dea – committed to finance the project, providing US$4.75 billion. As such, Nord Stream 2 has always been considered as a commercial and not a political project by all involved parties.

Worth highlighting also is that most of the EU member states have always been interested in the completion of Nord Stream 2, while a few, together with the U.S., have opposed the project for their own reasons. As an example, the U.S. seems to be leveraging this situation to promote its LNG exports to the European market, putting sanctions pressure and thereby using methods of unfair competition…

to the complete interview as PDFHerunterladen 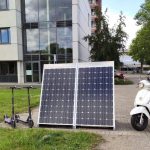 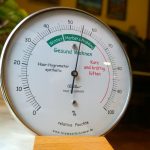 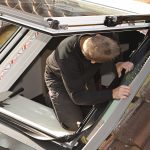 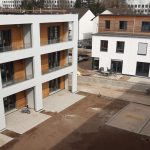 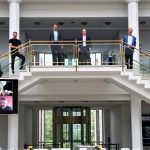 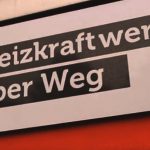 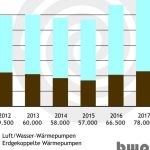